If you like rock music — and would like to know more of the back stories to some of your favorite songs and artists — give a listen to Randy Bachman’s “Vinyl Tap” on CBC Radio.

The Canadian Bachman is best known as the lead guitarist, songwriter and founding member of two bands: The Guess Who and Bachman–Turner Overdrive. But I am a fan of his two-hour weekly radio program on which Bachman plays classic rock and pop and tells stories about the songs and artists. Bachman often shows how seemingly unrelated artists actually are connected or have influenced each other. It’s something I really like about the show — every time I’ve listened to it, I learned something while also enjoying the music.

So I was pleased to discover — after the fact — that I had ventured into “Vinyl Tap” territory with a playlist I put together for a cycling class Sunday at the Muscatine Community Y.

Here are my basic rules for playlists. They need to:

So that’s how I wind up with a list that includes artists from Trick Pony to the Beastie Boys.

This particular list garnered some grumbles from the country music haters in the class — in particular this number from the Kentucky Headhunters. What makes this interesting is that the person who grumbled the most liked this song by Black Stone Cherry.

Young, started to play music together early in their teens and were joined by Ben Wells and Jon Lawhon. Black Stone Cherry officially formed on June 4, 2001, and took over the practice house that had been used by the Headhunters since 1968.

If you listen closely — especially now that you know “the rest of the story,” as legendary newsman Paul Harvey would have said  — you might even hear the musical influence the Headhunters have had on Black Stone Cherry. There is more going on than just two random bands whose music I happen to like. 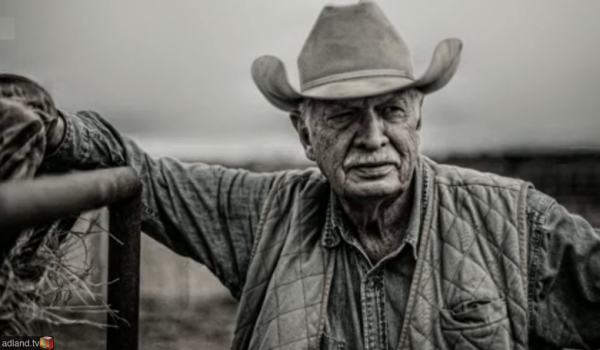 Speaking of Paul Harvey: The Dodge RamTrucks commercial for Super Bowl XLVII is getting a lot of buzz. It uses a speech, “So God Made a Farmer,” that the famed broadcaster gave at the 1978 Future Farmers of America convention.

But the photos used in the ad are what really make an impression. There is no video in the ad; just still photos. And they are amazing pictures.

According to petapixel.com, Chrysler commissioned 10 well-known photographers — including documentary photographer Kurt Markus and National Geographic photographer William Albert Allard — to shoot the photos. Using the photos in a Super Bowl commercial makes for a pretty expensive slide show. But these photos were worth it.