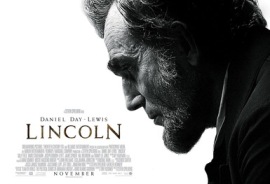 At this point, I’ve basically given up on “Lincoln” ever coming to Muscatine.

The Steven Spielberg movie, which was released in mid-November, will likely win a bunch of Oscars when the 85th Academy Awards are broadcast on Feb. 24.

Maybe by then Muscatine movie goers will have been able to watch it without having to drive to Iowa City or the Quad Cities. I’m hopeful that Fridley Theatres will bring the movie to the company’s new 10-plex Palms Theatre, which is supposed to open next month at 3480 Mulberry Ave.

I really want to see this movie.