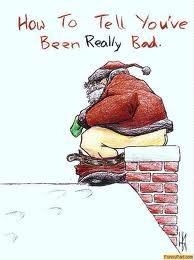 My thoughts today make me feel a little like a vegan at a convention of carnivores.

Here it is Dec. 24 — Christmas Eve. There’s even snow on the ground for the White Christmas of which we all are supposed to dream, thanks to singer Bing Crosby and Irving Berlin, the Jewish songwriter who wrote the best-selling song of all time. I like that kind of irony.

But even though I’d like to think I’m normally a jolly guy, I’m forced to admit that I struggle annually with Christmas spirit. It just doesn’t seem to move me the way I think it should. I don’t hate Christmas, but I always seem more grateful when it’s over for another year.

This year isn’t much different. Bah, Humbug, I guess.

Today, I’m planning to drive to my mom’s house, where we’ll spend a day or two. And I’m grateful for that. If there is enough time, I’ve even been thinking I’d like to pay a visit to the real Brome Hill. It’s been so long since I was last there that I can’t even remember when it was. If I can get there, I promise to take some photos.

The Christmases I remember best at what I’ve come to think of as Brome Hill were decidedly low-key. There were even a few years where there weren’t many — if any — gifts exchanged.

We were a go to bed early and get up early farm family, which ruled out going to midnight Mass. So we’d open gifts on Christmas Eve (often clothes or other practical things; I remember getting a toboggan one year that my brothers and I had to share), get up the next morning, eat breakfast, go to church and then come home to do chores. For some reason, the livestock didn’t observe holidays — even Christmas.

Dad wouldn’t eat turkey, so Mom usually fixed a ham for Christmas dinner, which we ate in the afternoon. And I remember eating candy cane cookies and lots Chex party mix. Mom made bushels of the stuff instead of making much Christmas candy. I still can’t stop eating it if it’s put in front of me.

If we celebrated with extended family, it was with my mom’s parents, her brother and sister and their families. These gatherings were usually held in the community room at Southgate Apartments, where my grandparents lived with other senior citizens in Chariton.

This was mostly in the 1970s and ’80s. Way before cell phones, iPads and the like. Heck, we had a party line phone on the farm and only four channels on our TV. While I’m pretty sure those Christmases were not as idealized as I remember them, they were a far cry from the way many of us seem to celebrate today.

I miss those past Christmases. It makes me wish my siblings, their families and mine were as close as it at least seemed we all were back then.

But then I remind myself of the teachings of Laozi, a Chinese philosopher who lived six centuries before the birth of Jesus Christ, which will be celebrated Tuesday.

“Be content with what you have; rejoice in the way things are. When you realize nothing is lacking, the whole world belongs to you,” Laozi said.

When I view life that way, it becomes easier to find joy. If only it were easier for me to permanently see the world from that perspective.

I hope you find joy, too. Today and every day.

An addendum: After I posted this, I watched this video, which does a better job of saying what I was trying to say. It was done by Maxwell Weisz, who is known on YouTube as Max No Sleeves. He first became sort of famous as the boyfriend of Jenna Mourey, another YouTube blogger who is commonly known as Jenna Marbles. And they appear to have broken up, creating quite a stir in some parts of the Internet.

4 thoughts on “Trying to be merry at Christmas”