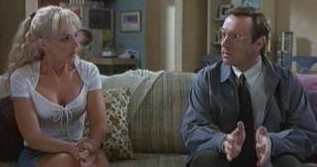 A national movement appears to have stopped recently at an unexpected place in Muscatine.

If you’re like me, you may have become familiar with the phrase, Pay It Forward, because of the 2000 movie of that name starring Kevin Spacey, Haley Joel Osment and Helen Hunt. According to some quick Internet research, however, the phrase may have been coined by Lily Hardy Hammond in her 1916 book In the Garden of Delight.

One thing is certain, the phrase took on added meeting last month after the shootings of 20 children and six adults at a school in Newtown, Conn. NBC news anchor Ann Curry set things in motion with a tweet.

What Curry started has since become known on Twitter as #26Acts and it appears to have reached Muscatine.

Christmas week, an unassuming retired Muscatine man (I know him, but have decided to not identify him because I’m not sure he would want everyone to know) ambled into the Aldi supermarket at 3200 Northport Drive. He was wearing a Carhart jacket and jeans as he stood in the checkout line, waiting to buy a handful of items. As he reached for his wallet to pay, the clerk told him the woman who had been in line before him had paid for most of his purchases.

This surprised the man. He isn’t wealthy, but neither is he hard up even though he may have looked it in his dusty workman’s coat. One thing is for sure, he is not someone who is accustomed to accepting this kind of help. If anything, he is someone who often helps others.

The man paid for the rest of his purchases, thanked the clerk and gave her a $20 bill. He told her to use it to help anyone she checked out later who might need it.

It is exactly what I would have expected him to do. This man understood the concept of paying it forward without any help from Ann Curry or a movie. His is an example I’m going to try even harder to follow in 2013.

4 thoughts on “Paying it forward in Muscatine”