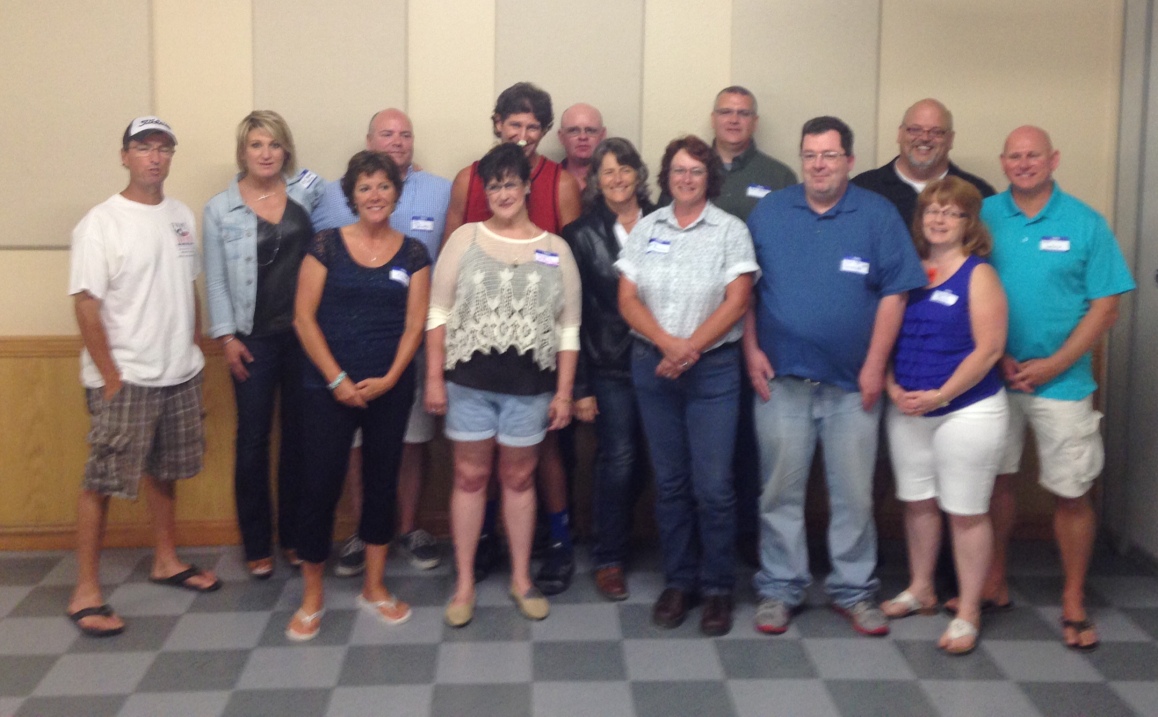 My visions of glory days ran head first over the weekend into the memories of my old teammates.

And let’s just say that we do not necessarily remember the same things.

Prior to Saturday night’s 30th reunion of the Chariton High School class of 1984, whose organizers also invited the CHS classes of 1983 and 1985, I had blogged about how I became known as Moose. I’ve always thought it was a good story.

But that’s not the story that Tom Carpenter and the other guys at the table chose to tell their wives and my Companion For The Evening. And about that, she later said: ” It was fun meeting everyone and hearing stories about Chris.”

Back to my old friend, Tom, who said: “The only thing I remember is your helmet.”

He then proceeded to get the details wrong (or maybe my memory is faulty) so please allow me to set the record straight.

From just reading the blog, you maybe can’t tell that I have a big head. Literally. I wear a size 8 hat. I wore the same size when I was a 13-year-old lineman on a small-town seventh-grade football team whose equipment came from the Land of Misfit and Leftover Pads and Jerseys. Not even the high school varsity team had a helmet that was big enough to fit my melon.

The problem was: I really wanted to play. And I think they probably wanted me to play because I was the biggest kid in seventh grade.

Someone — I don’t remember who — solved this problem by making some phone calls and finding a helmet my school could borrow from Central College in nearby Pella. This was in 1979, a down year for Central, which finished in third place in the Iowa Conference with a 6-3 record. Since 1975, Central has a record of 322-80-1. Since 1960, Central hasn’t had a losing football team and it has won 30 conference championships.

So, it’s pretty cool that a school with that tradition of success would loan equipment to a seventh-grade team from 50 miles away.

I wore that helmet for one season. By the time football season had rolled around the next year, someone in the Chariton Community School District had purchased a new size 8 helmet, which I wore all through the end of my senior season in the fall of 1984.

At the end of that senior season 30 years ago this fall, I tried to persuade the school to let me keep that helmet. But school officials wouldn’t budge, saying that someone else might need that big of a lid in the future.

I’m not sure if anyone ever wore it again.

A FEW WORDS ABOUT THE REUNION: It was great to catch up with the 13 of my classmates who could make it back for Saturday night’s reunion, along with those in attendance who graduated in 1983 or 1984. There were people there I hadn’t seen since high school.

I enjoyed visiting with everyone and hope to see them all again next year for the 30th reunion of our class. If you’re someone who wasn’t able to attend Saturday night, take my word for it, you don’t want to miss it again. It is really great to catch up with the people who have known you since childhood.