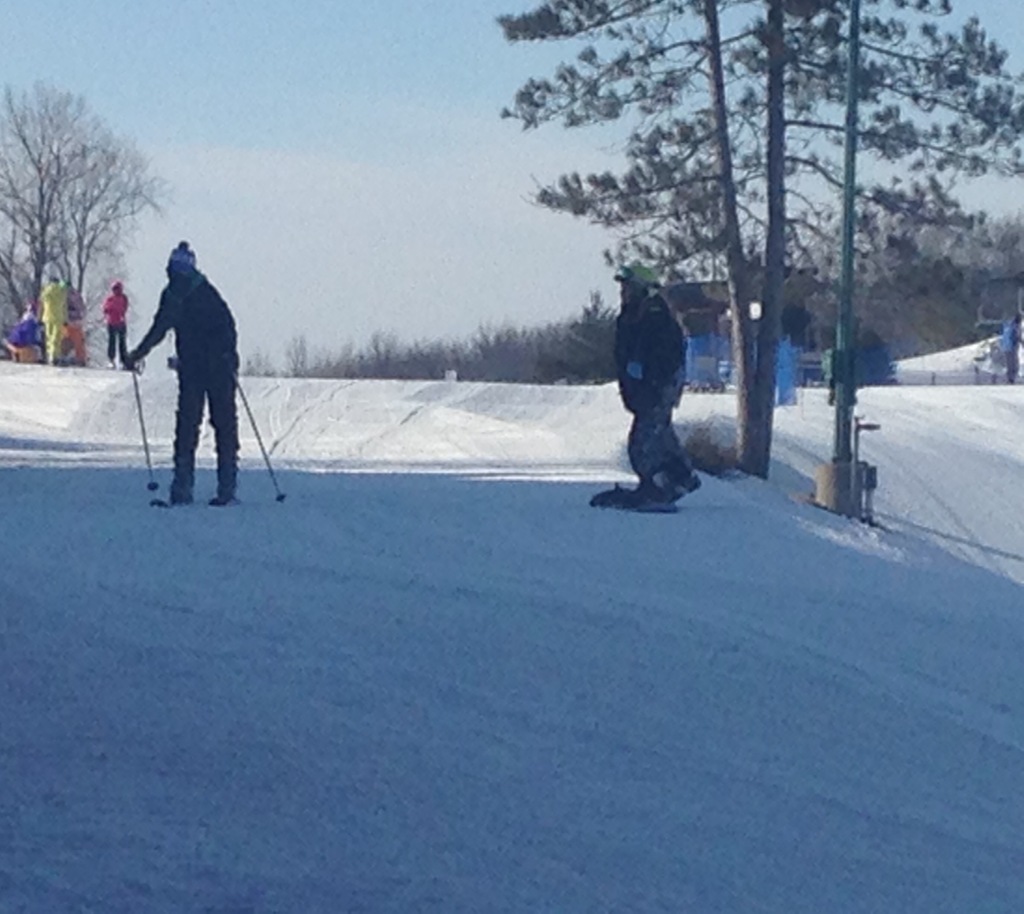 It was cold. So what?
The boys had a lot of fun.
Yes, you can ski here.

The above haiku is all I had planned to post today. But I lack the discipline of mytwosentences.com, another blog I have been following. Everything posted on this blog, which is written by a guy in Massachusetts, is only two sentences long.

I couldn’t do that today because it would make it difficult to include everything — the who, what, where, when, why and how.

We went Sunday to Chestnut Mountain near Galena Ill., some 120 miles from Muscatine. The boys in the picture spent a good 6 to 7 hours skiing and snow boarding even though temperatures never rose above single digits and the wind was pretty harsh.

I have never skied, so we spent the day in the lodge. Mostly, I read The Target, a novel by David Baldacci. It was a good day except for the hour or so where an extended family sat next to us. The dad was a boor. He never shut up. He was so bad, in fact, his mother — a nice lady in her 70s, I’d guess — stopped and apologized as they left. It wasn’t clear if she was apologizing for the behavior of her son or her grandson. But I’m pretty sure she didn’t approve of the way either of them behaved.

Later, I realized I’d missed an opportunity to copy a friend who has started a blog on which she posts selfies. In the backgrounds of each of the photos is a random stranger who  is dresssed down by my friend. It’s fortunate for the guy at the ski lodge that we were there instead of my friend.

There is much going on, but I’ll have to blog about it later. It’s time to move on this morning. It’s going to be perhaps even colder here today. Do what you have to do to stay warm. And be on the lookout for my friend, Stealthie Sadie.

One thought on “Skiing and reading and enduring a boor”