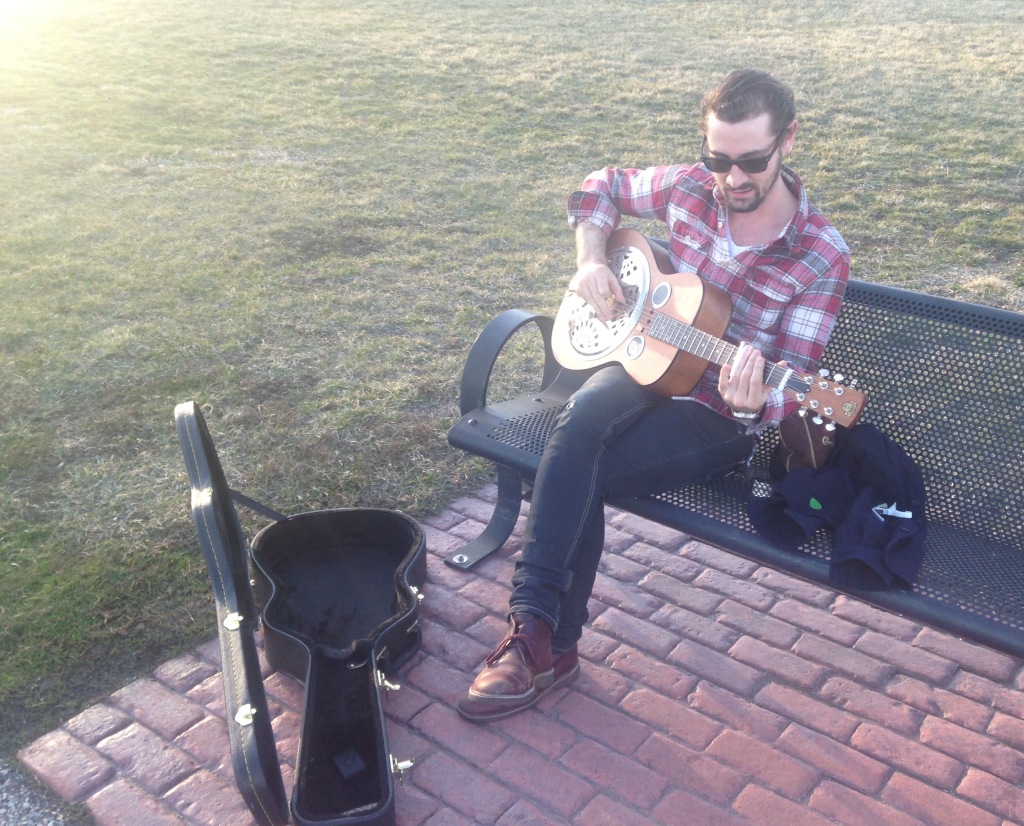 Andrew Durham has developed a good way to introduce himself.

“I’m not the one from Muscatine, because there is one,” he said of the other Andrew Durham, who now lives in Iowa City and is the son of Mick Durham and Paula Durham, both of Muscatine. “He’s a lot taller than me.”

This Andrew Durham is a 23-year-old industrial engineer who graduated in December from Bradley University in Peoria, Illinois, and began his career in January with Muscatine-based HON. It is a subsidiary of HNI Inc. in Muscatine, which is a leading manufacturer of office furniture.

“The first of the year, I officially moved here, but over the summer I was an intern here,” Durham said.

Tuesday evening found him seated on a bench on the Mississippi Riverfront, strumming the blues on his Dobro guitar. Joggers, walkers and bicyclists all passed by on the recreational trail as Durham performed.

Durham grew up in El Paso, Illinois, a town of about 2,800 people, that is about 160 miles from Muscatine. It is about 20 miles north of Bloomington in central Illinois.

As a blues guitarist, he says one of the things he likes about Muscatine is its location on the Mississippi River, which has traditionally been associated with the blues in cities such as St. Louis and Memphis, Tennessee. The Delta Blues originated in the Mississippi Delta, a region that stretches from Memphis to Vicksburg, Mississippi, and from Helena, Arkansas, to the Yazoo River in eastern Mississippi.

“I’ll probably be down here at least once a week if not more,” Durham said of Muscatine’s riverfront.

One thought on “In Muscatine: Joggers, walkers, bikers and the blues”