I read somewhere online the other day that it’s wrong to call the work published here a blog. It seems that calling it the b-word diminishes the work — makes everyone, including me, not take it seriously.

Whatever it’s called, the work done here in the past few days saved my bacon this week. Wednesday, I started a column for Saturday’s newspaper. I wrote about the trip I’m making today to Ames with about a dozen community leaders from Muscatine.  After finishing it Thursday, I was looking at the plans for the rest of Saturday’s newspaper and decided it would be best to cover this trip as a news story. (Which means I”ll be filing a story later today for the Saturday paper.)

But this decision also meant I’d have to spike the column I had already written. And that’s where the blog saved the day. With some revision and more rewriting, I turned this into a column for Saturday’s paper. 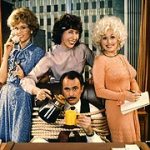 That little bit of luck meant that I only worked until 8 p.m. Thursday. Dolly Parton had it all wrong when she wrote and sang about working 9 to 5. With the way jobs have changed in this down economy, I know lots of people who work a lot more than 9 to 5. Thursday, I essentially worked 5 a.m. to 8 p.m. The day started so early because of news about Maj. Robert Baldwin, the Muscatine-area soldier who was killed in Afghanistan. It ended late because of the extra work I did in order to get out of the office today.

Not much dialogue: The handy analytics WordPress provides for this blog — err, whatever you want to call it — indicates it will go over 2,000 views today. A new subscriber signed up yesterday. (Thanks, Paul.) And more people are coming every day from some unusual places to read these ramblings.

But many of you seem to be a bit shy. There’s not much commenting going on in these parts and the discussion will be much smarter if others help me contribute.

And so it begins: We’re hitting the road for Ames in about an hour. Something tells me coffee is gonna be my friend this morning. Make your Friday a good one.

One thought on “Saved by the blog”