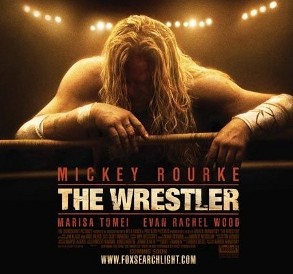 A friend and regular reader asked Thursday, “Chris, what is a burpee?”

It was an expected question since I’ve written quite a bit lately about my love-hate relationship with burpees, an exercise that is done by 1. Standing or jogging in place. 2. Doing a squat. 3. From the squat, kicking out your feet and landing flat on your stomach. 4. Doing a push up. 5. Popping back up to your feet and doing it all again. And again. And again.

As a wrestler in high school, we called them up-downs. And we did thousands of them.

Personally, I prefer up-down, which, if you ask me, is also a good way to describe life.  As everyone knows, life is filled with ups and downs. How we react to those highs and lows is what really matters.

Next week will mark two months since my job as editor of the Muscatine Journal was eliminated in what I was told was a cost-cutting move. It has not been a high point in my life, but I’d like to think, for the most part, I have made lemonade out of the lemons.

And then I watched “The Wrestler,” the 2008 movie starring Mickey Rourke as Robin Ramzinski, a past-his-prime professional wrestler known as Randy “The Ram” Robinson. Even though the movie won all kinds of awards, I had never seen it.

As good as it was, I wondered after watching it if I should have.

“I’m an old broken down piece of meat …  and I’m alone. And I deserve to be all alone. I just don’t want you to hate me,” The Ram tells his estranged daughter, Stephanie (played by Rachel Evan Wood.)

No, I’m not all alone. And I don’t have a daughter — estranged or otherwise. But as a 45-year-old guy who has been out of work for two months and whose future is uncertain, I can relate to The Ram’s sense of desperation.

But then I come back to a core belief taught to me at a very young age by, I suppose, my parents. It is nicely summarized by Chuck Swindoll, a 77-year-old evangelical Christian minister in Texas, who said:

“I believe the single most significant decision I can make on a day-to-day basis is my choice of attitude. It is more important than my past, my education, my bankroll, my successes or failures, fame or pain, what other people think of me or say about me, my circumstances, or my position. Attitude keeps me going or cripples my progress. It alone fuels my fire or assaults my hope. When my attitudes are right, there is no barrier too high, no valley too deep, no dream too extreme, no challenge too great for me.”

With that in mind, I’m going to keep doing what I’ve been doing: Working out every day, blogging here, biking, networking and volunteering.

I’m convinced this routine will lead me to the new job and career I am supposed to have.  It has already led to some pretty interesting volunteer work for groups and projects such as the Community Foundation of Greater Muscatine and the Blue Zone effort in Muscatine.  These are things I likely would not have been able to do if I still had my old job.

And on a side note: If I work out enough, maybe I can start to look a bit more like Rourke did in “The Wrestler.” He is almost 60 and he was ripped in that movie. The thought of it will be a great motivator the next time I have to do a bunch of burpees.

But even if I never look like Rourke, something good is out there on the job front because I am more than just an old piece of meat — even if it sometimes feels otherwise.