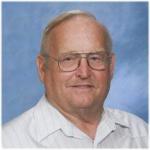 I have bicycling friends who are roughly the same age and they’re still riding — a lot. And I’m happy for them. I want to emulate them. But it’s hard not to wonder what could have been if Dad had lived more like them. For quite some time, I was angry with him for dying at such a relatively young age. Sometimes, I still think that way if I see an obituary for someone who was 10, or 12 or 15 years older than Dad would have been today. He died far too soon.

Much has happened since his death that everyone in his family would have liked to experience with him. For a long time, he silently watched me struggle through an unhappy period. He wasn’t one to offer unsolicited advice. But before he died, he said enough to make me pretty confident he would be happy to see me in a happier place now.

It’s a contradiction to realize he has been gone for more than seven years while also feeling on many days as if he never left. Just last week, some colleagues at work and I were wrapping up a big project when one of them ran a report I needed. I looked at the numbers in her report, grabbed a scrap of paper and started figuring in an attempt to make sense of them.

I don’t think these numbers are right, I said, but they at least look like they could be right.

It stopped me cold because it sounded exactly like the kind of goofy thing he would have said.

This happens to most of us, I think. We grow up and grow old only to become like our parents. But it seems as if that sort of thing is happening to me with growing regularity.

Whenever I get in a car with Janet and her kids and they make fun of my driving, which is nearly every time I get in the car with them and drive, all I hear are the same wisecracks my siblings and I used to make about him. Whenever I tease Janet with some smart-aleck remark, I hear the way he used to talk to Mom. I often hear his voice commenting on the goodness of every winter day in which the sun shines and the wind isn’t blowing — regardless of how cold it is. He still often shows up in my dreams.

Wherever my dad is this morning, I’m sure he’s sitting around a table with a bunch of other guys, drinking coffee, telling stories and laughing. He’d be pleased that I wrote this even though he likely would have never told me. Nor would he likely have even found it unless Mom showed it to him so he could read it. He was not a computer guy. But he was a good guy. One of the best I’ve ever known.

One thought on “They say it’s your birthday”