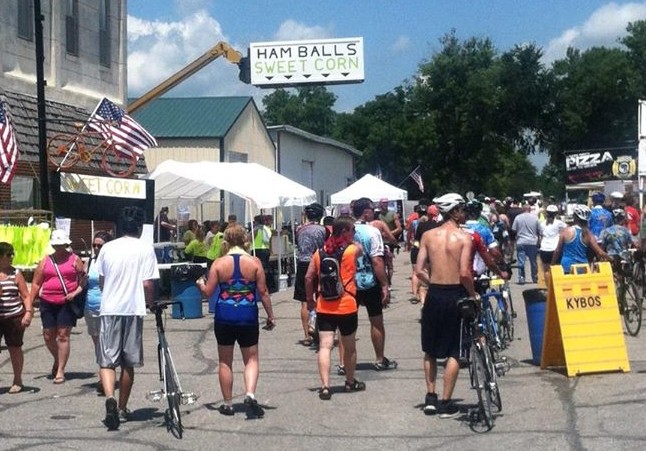 This being Iowa, it was 23 degrees outside — better than it had been for a few days last week and way better than the weather forecast for today. But it still wasn’t a great morning for bicycling, which was on my mind because of that evening’s expected announcement by the Des Moines Register of the route for RAGBRAI XLII, which will be held  July 20-26. (By the way, the RAGBRAI overnight towns announced Saturday night in Des Moines are: Rock Valley, Lake Okoboji, Emmetsburg, Forest City, Mason City, Waverly, Independence and Guttenberg.) 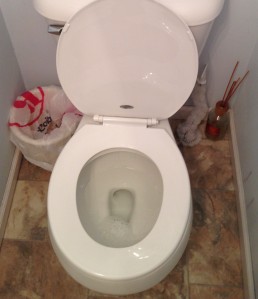 But something else made this Saturday different from many of the others that preceded it. I didn’t have to get up at 4 a.m. to go to the part-time job I’ve given up after nearly four years. With no clock to punch at 5 a.m., I slept in a bit, getting up a little after 6:00. I drank some coffee, ate some breakfast, read the paper and took a shower.

It was at this point where the morning took an unusual-for-me turn — I cleaned the toilet and the rest of the bathroom. While I was at it, I listened to National Public Radio’s Weekend Edition Saturday and threw in two loads of laundry.

For me, there is often a meditative quality to chores of this type. That doesn’t mean I enjoy them or do them nearly often enough. But I do like using the time it takes to do them to also think about other things — usually writing. And I like the sense of accomplishment that comes with finishing chores. I think it’s the result of growing up on a farm, where hard work was expected, only to become an old guy who tries to earn a living by talking, thinking, going to meetings and writing a little bit.

As odd as it may seem, doing laundry and writing are linked for me by Jan Hodge, pictured here in a Sioux City Journal photo. Along with hundreds — perhaps thousands — of other Morningside College students, I took Composition and Rhetoric 101 with Dr. Hodge. I was the big, dumb, just-off-the-farm kid who alternately dozed and tried to concentrate in Hodge’s class in the fall of 1985.The first writing assignment he gave us was to write about a day or event that had changed our lives.

“You can’t write about your high school graduation or losing your virginity,” I remember him saying. “Everything else is fair game.”

At that point, I had experienced one of the forbidden subjects, but not the other. And I had no idea what to write about for this essay — one of the first papers of my college career. My anxiety was compounded by my perceptions of Hodge. At the time, he would have been younger than I am now. But he was unkempt and sometimes would wear the same suit for two or three classes in a row. He seemed somewhat impatient and curmudgeonly — not at all like the kind female English teachers who taught me in high school.

A day or two before the paper was due, I ran out of clean clothes and had to do laundry for the first time ever. Hilarity ensued. I wrote a paper about the experience that was maybe two of the three pages we were told to write and turned it in, certain I had not done well. (The paper has long since been lost and I typed it on this, so there are no other copies.)

Finally, after a week or two, I met with Dr. Hodge — another requirement of the assignment — to get the paper back with a grade and his critique. To my surprise, he liked it. Gave me a B, as I recall. Said it was funny, that I showed some promise and he would expect more from me than he would from some of my classmates.

For all I know, he told everyone the same thing, but he was a man of his word. He had high expectations and could spot a first draft within seconds. Because of Dr. Hodge, I learned the importance of rewriting and revising, which is one of the reasons that Word Press says I have revised this post more than 25 times.

Obviously, that one lesson made a big impact — big enough that I usually think of Dr. Hodge whenever I sit down to write, wash clothes or, in this case, sit down to write about cleaning a toilet.

That’s probably not what he had in mind nearly 30 years ago, but I’m grateful for having learned the lesson anyway.