A new exhibit puts more than photographs on display at the Muscatine Art Center.

Photographer Pamela Houser hosted a reception Sunday for her exhibit, “Someone’s Family,” which will be displayed until May 24.

Her show features a partnership between Houser, the Art Center and MCSA, the nonprofit organization where I work. That partnership presented MCSA with a great opportunity. But I was equally impressed by the circle of life and music that ties Houser to Muscatine.

In 1976, Houser graduated from the University of Iowa with a bachelor’s degree in music. During her time at Iowa, one of her instructors was David Greenhoe, a trumpeter and now-retired professor at the university who attended the opening reception Sunday for Houser’s photography show at the Art Center.

The circle doesn’t end there.

After she graduated from Iowa, Houser spent the next 32 years teaching instrumental music in five Iowa school districts, including Cascade Junior/Senior High School of Western Dubuque. During her eight years in Cascade, one of her students was Jeffery Heid, who now directs the band programs at Muscatine High School.

Their relationship is what brings Houser to Muscatine each summer to help with band camp at MHS. It was at those camps where Houser met Rosie Orr, an MHS senior who last week week learned she has been awarded a $3,000 scholarship to begin playing and studying the trumpet next year at the University of Iowa.

Of course, the university is where Greenhoe once taught Houser, completing the circle. But it doesn’t really end there.

Only time will tell how far that circle of life and music will someday reach, but it isn’t likely to end with Orr.

Houser is scheduled to be a guest at 9 a.m. Thursday on “Social Action Radio with MCSA” on KWPC, 860-AM and 95.1 FM radio in Muscatine. Please tune in to learn more about the artist and her work.

Also, the photos she is exhibiting at the Art Center are for sale for $250 each. And she has pledged to give 50 percent of all proceeds from those sales to MCSA.  That’s a great price for an original black-and-white photo that is attractively matted and framed. So, please, if you are near Musatine, stop in at the art center and buy some of Houser’s art. 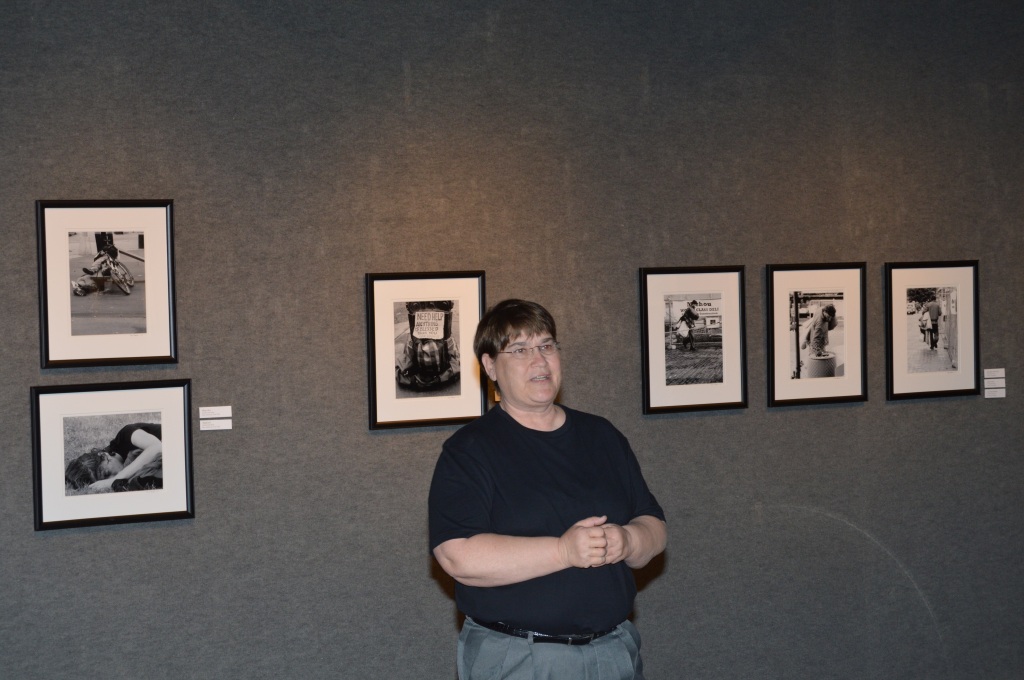