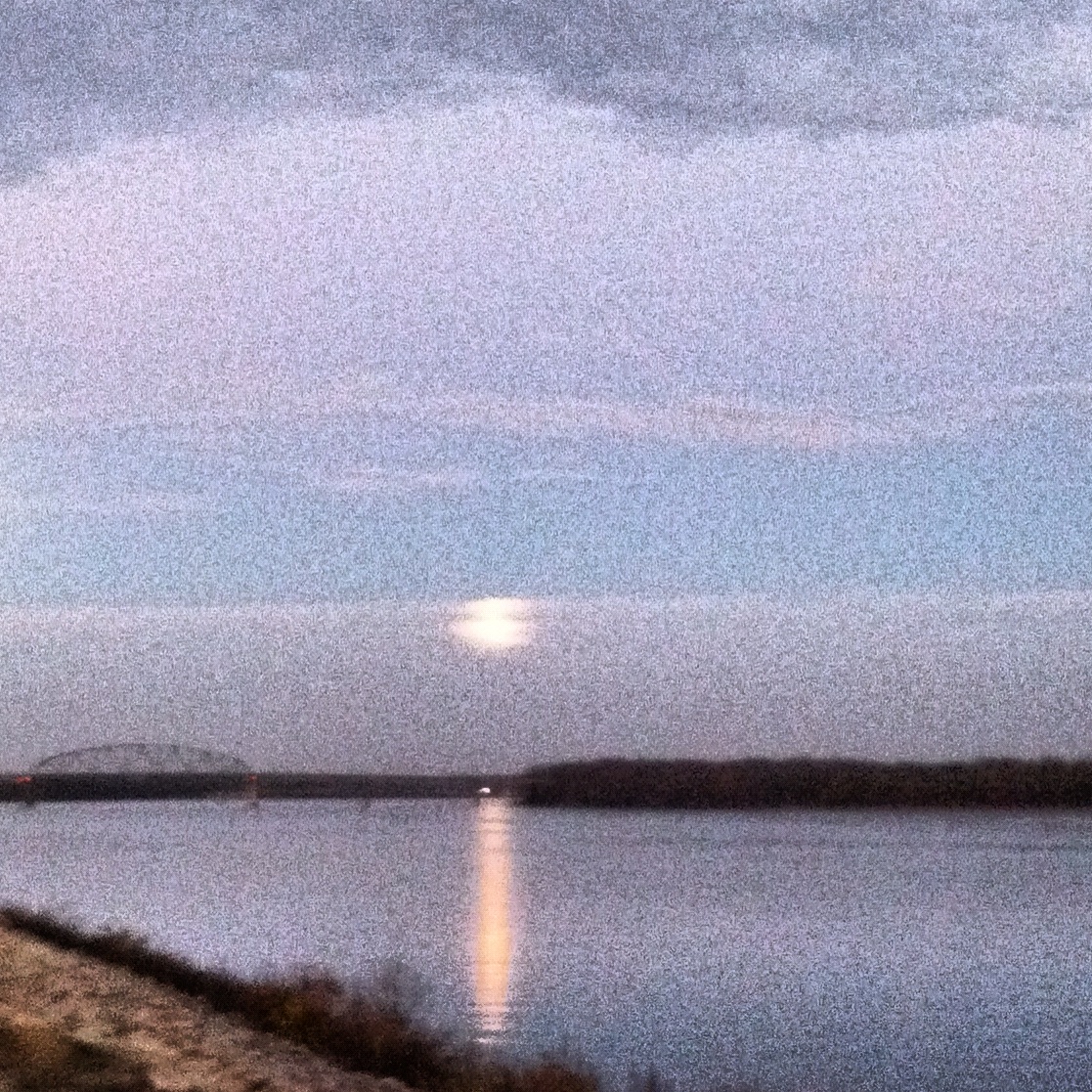 All I can say is there is MUCH to learn. But Muscatine Center for Social Action is going to be a good place for me. As big of a deal as it was to finish the first day at my first non-newspaper job, a lot of other things have also happened in the past 24 hours.

My friends at Harper’s Cycling & Fitness held their annual Halloween bike ride Monday night. It’s hard to beat a night of biking and fellowship — as Charlie Harper would say — while you’re gathered around a bonfire. It was enhanced by the full moon. I shot the photo above as the ride was starting Monday night. I shot the second full moon picture early this morning while taking Barley for a walk.

In between taking pictures of the moon, I worked out at 5:30 a.m. today at Warrior Crossfit Muscatine. And that was so educational I don’t even remember what we did for a workout. I think that is always the case

when Coach Sarah Garvin (from the left in the photo above) is joined by Rachel Reifert and Ashley Schmieg and Beth Dessner, who moved before I could catch her in this picture.

Among the things they introduced me to this morning was the Flo Rida song, “Whistle,” which, I’m embarrassed to admit, I had never heard. And you might not want to listen to it either if you are easily offended.

Don’t even ask me the context in which this song entered their conversation. I was breathing too hard from the handstand push ups, sit ups, wall balls and burpees to even think about anything else.

My only other thought from this morning’s workout is that Ryan Degen needs to be more vocal even though he’ll never be able to keep up with Sarah, Beth, Ashley and Rachel. I’m  not sure anyone could.